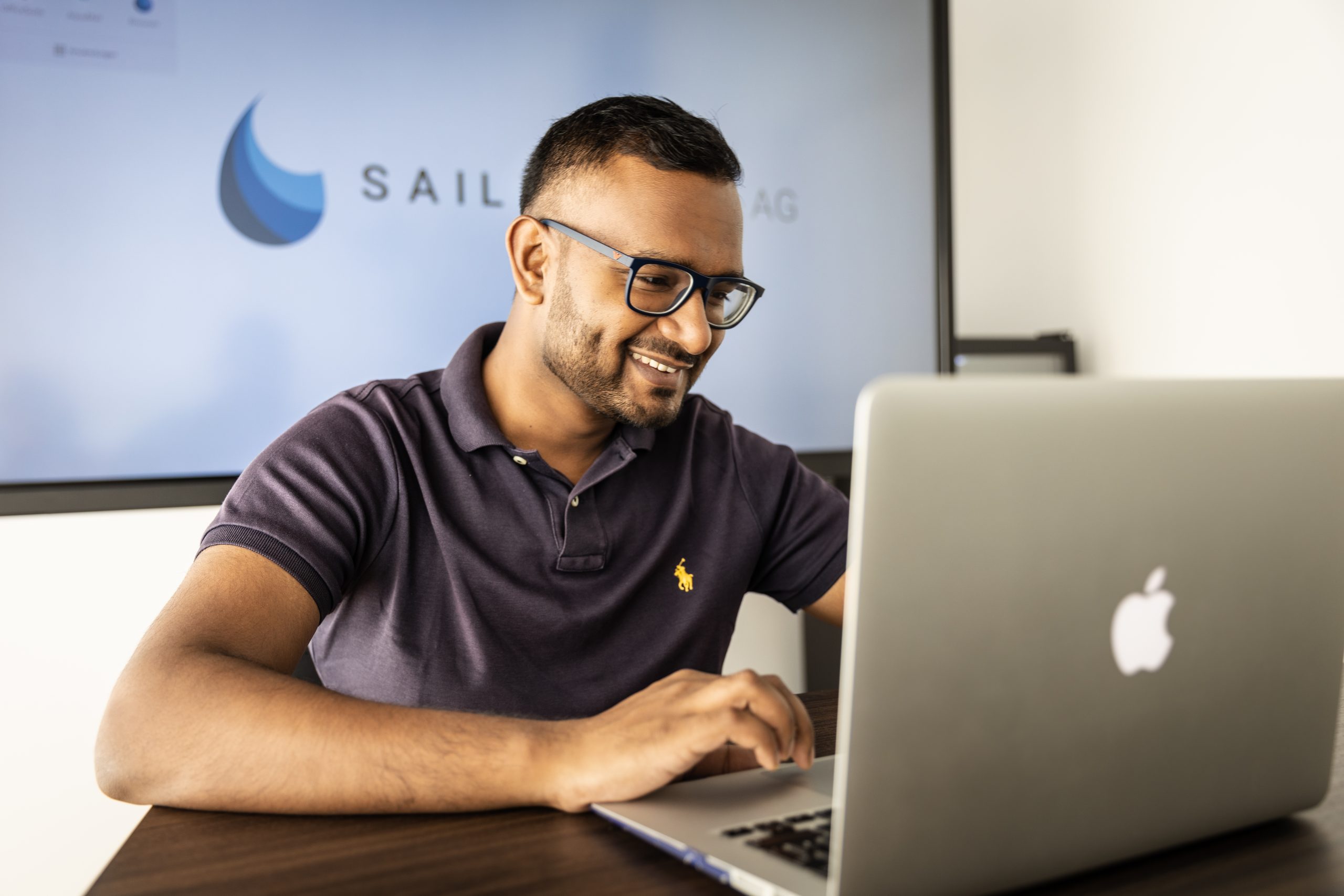 The term ‘smart home’ encompasses various automation processes for networking technical devices of all kinds, but how does the term actually correlate with Living in Comfort?” The real power of the concept doesn’t come from any of these devices; it comes from interaction. “

In recent years and the future, the IoT sector and the associated machine-to-machine communication will continue to show significant growth. In addition to the expansion of fifth-generation mobile communications (5G) and the expansion of address space through IPv6, the infrastructure of the internet must be designed to meet the challenges and needs of the Internet of Things. The Internet of Things (IoT) describes systems of physical objects, so-called things, which are integrated into software, networks, and electronics.

According to the German EU Presidency in 2007, the definition is: “[Internet of Things mean] the technical vision of integrating objects of all kinds into a universal digital network”. As a result of progressive digitalization, more and more intelligent environments continue to emerge in which there are connections between the physical world and the digital world of the internet. The Internet of Things is an umbrella term for various areas that can be divided into the following sectors: In the end-user market, i.e. contact with objects in everyday life, intelligent home technology (Smart Home, Digital Life), autonomous vehicles (Future Mobility), intelligent traffic systems (Smart City) or smart energy supply (Smart Meters, Smart Grid) can be named, for example.

On the other hand, there is the concept of the Industrial Internet of Things (IIoT, Industry 4.0). The fourth industrial revolution stands for a vision of networked systems that can detect, analyze and react to physical conditions with the help of digital technologies. They form the basis for Industry 4.0 but are also increasingly being used in many other areas of our lives: for example, in smart cities, the intelligent cities of the future, in healthcare, in sports and entertainment industries, or in agriculture. The technical prerequisites for this – such as affordable, high computing power, powerful and compact sensors, and processors, fast networks, and the innovative application possibilities of artificial intelligence (AI) – are continuously developing and ushering in a technological upheaval that we call the Intelligent Edge Cloud.

The main focus here is on the smart networking of machines and robots, the improvement of production processes in factories through the networked sensor technology and further digitalization or provision of products, services, and data (smart factory, platform as a service, big data, cloud infrastructure). Does this describe smart living in a smart home?

Even in the scientific field, no recognized term could be identified. Despite being different terms from the same field, home automaton, smart living, or home automation are used in public discussions. The term ״Smart Home’ is used to describe residential buildings that use various systems to automate processes. These processes aim to improve the quality of life for the residents. What was considered utopia a few years ago has long been possible: the coffee machine “talks” to the toaster, the doorbell sends live images to the smartphone and the smart speaker takes over the household cleaning with a vacuum robot. This is made possible by the Internet of Things. Their common characteristic is their interaction with humans or their automatic communication with each other, based on the readings from sensors. To precisely assign the various devices or objects within the communication system, they are marked with RFID radio tags or QR codes, for example. With these ever-smaller chips and processors, it is possible to make things so intelligent that they can work independently as sensors and actuators. An example of this is a smoke detector that detects fire by a sensor, sets off the alarm, and sends a notification to the occupant’s smartphone. A key aspect that makes the idea of the IoT – the Internet of Things – so exciting is the usage in the smart home. The autonomously acting devices take the work away from humans instead of keeping them busy.

Sensors on doors and windows warn uninvited guests via mobile phone messages. A smart home can not only help but also prevent burglary attempts in the first place by feigning presence when someone approaches the house or generating supposed presence patterns based on algorithms. If desired, a video camera can also be activated in an emergency to check remotely whether a person is in need of help after a fall or stroke. In the morning, the lamps follow the sunrise and become brighter gently, and slowly. This promotes waking up in a gentle and healthy manner. In the private sphere, the quality of life is improved by automatic processes, in which people are relieved due to the decisions made by systems and still remain in control over their intelligent home, for example via an app on their smartphone.

Especially in the often highly stressed healthcare sector, tasks will be covered by IoT over time, which brings relief to doctors. For instance elderly people don’t have to pay a visit at the hospital in order to check their blood pressure. Their blood pressure would be transmitted automatically to the doctor in the hospital from the patients home.

Sensors on the door report when a person with dementia leaves the home at unusual times; the times that are considered “unusual” can be set yourself. Care systems remind people to take their medication. Special carpets such as the Fraunhofer Institute’s “CapFloor” notice when a person falls or if someone does not get out of bed in the morning – and send a warning to relatives, neighbors, or caregivers. If desired, a video camera can also be activated in an emergency to check remotely whether a person in need of care needs help after a fall or stroke. In this way, digital companion services strengthen the self-help and self-determination of people who want to continue living in their familiar four walls (“Ambient Assisted Living”, or AAL for short). 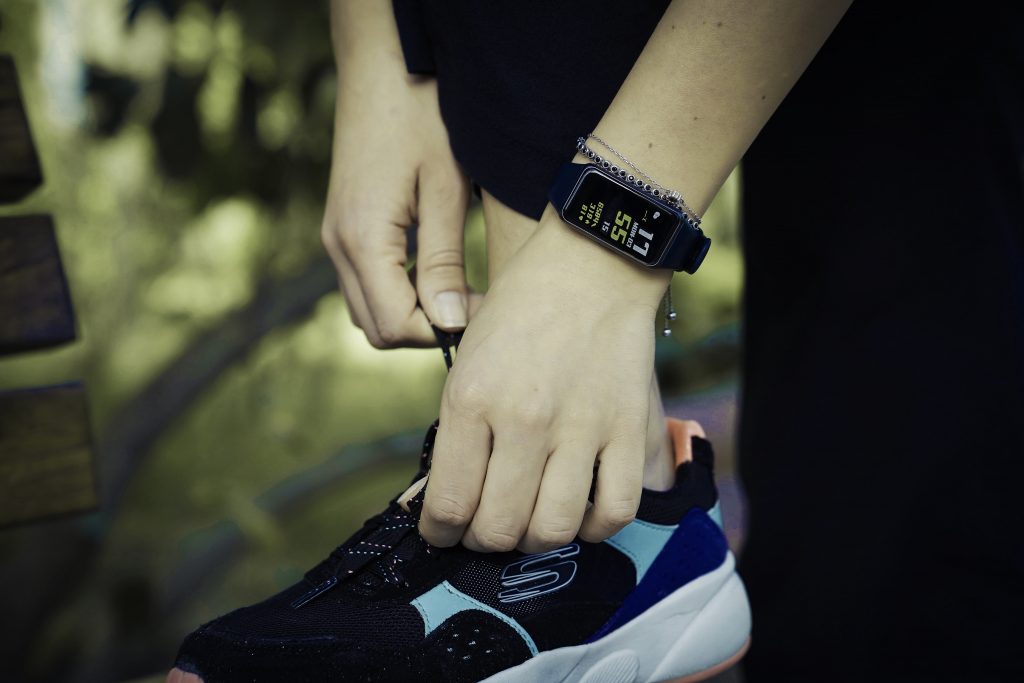 In the morning, the lamps follow the sunrise and gently and slowly become brighter – this promotes gentle, healthy waking up. Light and music can be controlled via voice assistants (“Lights on in the living room!”, “Dim lights in the bedroom!”, “Play chilling House!”) or through an app. With the help of sensors, light and music can even follow you around the entire flat if you want – for example, from the bathroom to the kitchen in the morning. The voice assistant orders a taxi and reads the news and weather forecast. Meanwhile, outside, the robotic lawnmower trims the lawn and the garden watering system switches off automatically as soon as the robotic lawnmower is in use or it starts to rain.

The smart TV synchronizes the light with the screen, networks with external loudspeakers can access streaming services such as Amazon Prime or Netflix as well as social media accounts – or can be linked to the smartphone to display the mobile phone screen.

As already listed above, IoT is a technology that has already made its way into very many areas of life. The projected numbers of devices additionally predict an enormous growth in this area. For this reason, IoT has a very high economic potential for companies. IoT solutions can be provided for almost every type of problem in the industry, which will bring a high factor of process optimization. Costs can be reduced and the efficiency of sales, production, and service processes can be increased. The area of Big Data, in particular, will benefit from the large amounts of data that are generated by the high number of objects in the IoT. In the private sphere, the quality of life is improved by automatic processes, in which people are relieved of decisions by systems and still retain control over their intelligent home, for example via an app on their smartphone. Especially in the often highly stressed healthcare sector, tasks will be covered by IoT over time, which can mean relief for doctors because, for example, the blood pressure of elderly people would be automatically transmitted to the doctor from home without them having to receive the patients at their practice.

However, the greatest advantage, that so many devices can be networked with each other via the internet, can also become a great risk on the other side. In the past, attacks have already been detected in which primarily older IoT devices were compromised due to a lack of security precautions, joined together to form a botnet, and carried out DDoS attacks themselves. This is what happened with the well-known 2016 Dyn Cyberattack on 21 October 2016, when the attack on the Dynamic Name System (DNS) paralyzed large parts of the internet in the USA [18]. User data protection and security aspects should not be neglected either.

In this article, I will start with an explanation of the cloud, explain the advantages and disadvantages of cloud migration, and points to be aware of when migrating. What is the cloud? The cloud (cloud computing) is a form of accessing and using necessary services through the Internet. In the past, it was common to […]

For SailyGroup AG making our contribution to a socially and economically more sustainable society is an essential part of our company philosophy. The German study “Nachhaltiges Leben 2020“ by Polycore, has shown that 83 of the interviewees want to design their lives in a more sustainable way. Especially young consumers would like to bring their […]